Provincial Council of Biscay. Department of Transport, Mobility and Cohesion of the Territory.

The department manages Bizkaibus, the interurban transport service for road travellers in Biscay. It is a strategic service in the public transport system in the territory.

This project is a response to the need to carry out a planning study on the current Bizkaibus network, making it possible to verify the degree to which the Bizkaibus network is adjusted to the mobility demand in Biscay, two years after the launch of the new concessions.

In 2014 the Provincial Council of Biscay approved and launched the awarding of five new Bizkaibus concessions. Public transport in general, and the Bizkaibus service in particular, are constantly subjected to the changes that take place in society.

Finding out the vectors for the improvement of the Bizkaibus service after implementing the new system of concessions.

In order to obtain data, indicators were analysed such as the number of daily expeditions, the frequency, the length of each line, the number of stops, the distances between stops (minimum, maximum and average), the trip times, the commercial speed…

Another interesting approach was the analysis of the offer by province. The offer was analysed in each municipality, as were the relations covered between provinces.

Examination of the current Bizkaibus network, through territorial and spatial analysis and analysis of sociodemographic and economic variables, as well as Big Data analysis of monetics data.

Using the grouping of municipalities according to the number of inhabitants, we calculate a series of indicators that offer an overview of the Bizkaibus service. The comparison of the indicators, makes it possible to detect if there are imbalances in the offer of the service.

The inhabitants per expedition indication makes it possible to compare the value of the number of expeditions in each municipality according to the population it has: the smaller the value, the greater the offer the municipality has.

In order to detect the areas with a Bizkaibus offer that is lower than a value, indicators have been specified that make it possible to quantify and value the offer of Bizkaibus. Using these indicators each of the lines have been classified into four categories. 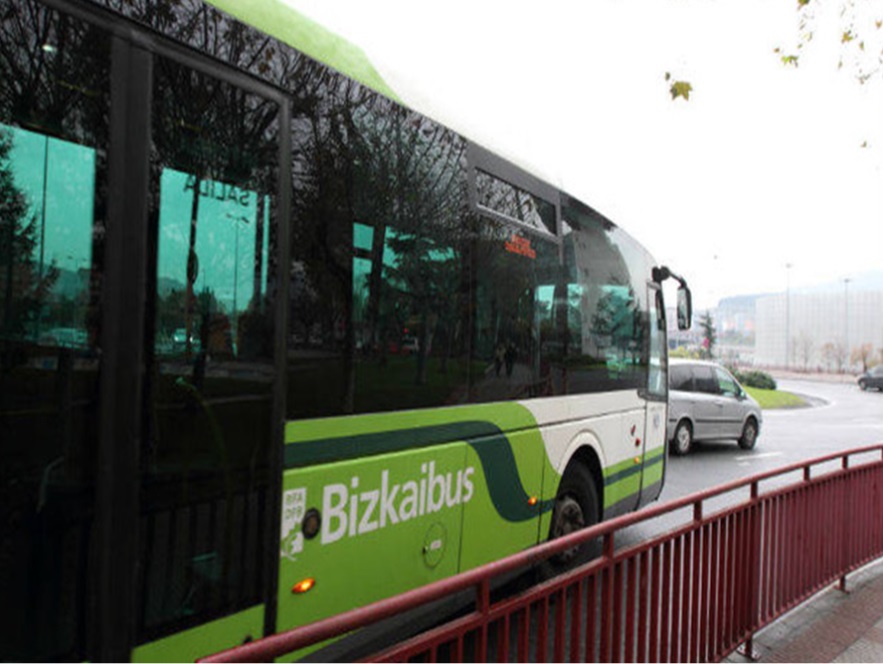